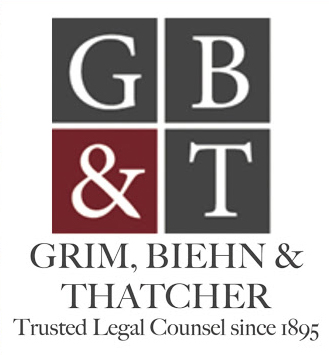 The tax reform act (“Act”) that was enacted on December 22, 2017, made significant changes to the Internal Revenue Code.

Most provisions are set to sunset by the end of 2025, with the exception of the corporate tax rate reduction, which is permanent.

Below is a brief summary of many of the changes to the taxation of individuals, estates, corporations and pass-through business income that will be the most impactful for our clients.

Taxation of Individuals:
A) Tax Rates & Brackets:
Under the Act, there are still five types of filing status and seven tax
brackets, but the tax brackets and tax rates have been changed as follows for tax years beginning after 12/31/2017 and before 1/1/2026:

B) Capital Gains Tax Rates:
Under the Act, the capital gains rates do not follow the new tax brackets; the thresholds remain the same as for the 2017 tax year:

E) Individual Alternative Minimum Tax:
For tax years beginning after 12/31/2017 and before 1/1/2026, the Act increases the AMT exemption for individuals and also increases the phase-out of exemption amount, which will have the effect of reducing the application of the AMT.

(ii)    State and Local Taxes:
The Act limits a taxpayer’s deduction for state and local sales, income or property taxes to a total of $10,000 (or $5,000 for married taxpayers filing separately).

(iii)    Charitable Contributions:
Previously, a taxpayer could deduct cash contributions to public charities and private operating foundations up to an amount equal to 50% of the taxpayer’s adjusted gross income (AGI).  The Act increases this limitation to 60% of AGI.

(iv)    Medical Expense Deduction:
Taxpayers under age 65 previously were able to take a deduction for out of pocket medical expenses that exceeded 10% AGI (7.5% for taxpayers 65 and older); for tax years beginning after 12/31/2016 and ending before 1/1/2019, the percentage of AGI floor is 7.5% for all taxpayers.

H) Alimony:
Effective for divorce decrees, separation agreements and certain modifications entered into after 2018, alimony payments are no longer deductible to the payor, and the payee will not be required to take payments into income.

The Act increases the limit on contributions to allow ABLE account designated beneficiaries to contribute their own wages under certain circumstances.

Additionally, the Act permits taxpayers to roll over amounts from qualified tuition programs (529 accounts) into an ABLE account without incurring a penalty in certain circumstances.

Corporate & Business:
A) Corporate Tax Rate:
The Act reduces the corporate tax rate from 35% to 21%.

C) Like-Kind Exchanges:
Under the Act, nonrecognition of gain applies only to like-kind exchanges of real property, but not real property that is held primarily for sale.

D) Entertainment Expenses:
Previously, employers were able to deduct expenses incurred for entertainment, amusement or recreational activities if such activities were related to the active conduct of the employer’s trade or business.  Under the Act, this deduction has been eliminated.

Pass-Through Entities – S – Corporations, Partnerships, Sole Proprietorships:
A) Deduction Applicable to Domestic Qualified Business Income:
For tax years beginning after 12/31/2017 and before 1/1/2026, taxpayers,
including trusts and estates, that have domestic qualified business income (QBI) from a pass-through entity or sole proprietorship that is a qualified trade or business may take a deduction of up to 20% of the QBI subject to certain limitations.

International Tax Provisions
Previously, the U.S. generally taxed corporations on their U.S.-source income and their foreign-source income that was repatriated to the U.S.  U.S. corporations were also entitled to a U.S. tax credit for any foreign income taxes paid.   The Act has significantly changed how the U.S. taxes the income of multinational corporations by attempting to shift to a territorial system, meaning that corporations will be taxed only on their income from U.S. sources.  The Act also attempts to deter corporations from moving or keeping their assets and income producing activities overseas.

Compensation & Benefits
A) Affordable Care Act:
Under the Act, the individual responsibility mandate for purchasing health insurance is repealed, beginning 1/1/2019.

Estate & Gift Taxes
Previously, each individual had a lifetime unified gift and estate tax exclusion amount of $5,490,000 (in 2017, indexed for inflation).  The Act doubles this amount to $11,180,000 per person.  This increased exclusion amount will sunset after 2025.

The federal estate tax rate remains 40% under the Act.

Generation-Skipping Transfer Tax
Previously, each individual had a lifetime generation-skipping transfer tax exclusion amount of $5,490,000 (in 2017, indexed for inflation).  The Act doubles this amount to $11,180,000 per person.  This increased exclusion amount will sunset after 2025.

The federal generation-skipping transfer tax rate remains 40% under the Act.